We all remember where we were. For me it was the first day of school and we were in an assembly where our brand new headmaster was speaking and welcoming everybody to the start of the school year. When we adjourned and I went to my office I noticed that the yellow message light was blinking on my phone. The message was from my daughter-in-law who said that I wasn't to worry that she was OK. Was I supposed to be worried? Of course, I would have been if I had known what had just happened. She was working at that time just a couple of blocks from the towers. Within a minute or so the mumbling in the hall became loud and there were shouts of turn on the radio. Which of course I did. I didn’t have a first period class and I can’t remember when we decided to dismiss classes. I was so grateful to see my son and daughter in law that evening when they showed up at my door. They were some of the last to cross the bridge before they shut it down.

I was trying to explain to my granddaughter today how it felt. For at least a week or so it was as if nothing could go on. It was if we were frozen. It was impossible to carry on with anything frivolous. I still have the “New Yorker” with the black cover.

In some ways we were so innocent. So much has happened since then. I fear so for November.

claudia
I am an artist and a mother and a grandmother and a teacher. I have more interests than I can count and not enough time left to finish everything that I have started. 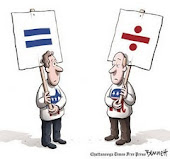